Thank you for your interest in our campaign.

What We Stand For

‘Beat SCA’ is a campaigning arm to ISL Health Direct. We are a single-issue group committed to combatting the poor survival rate of Sudden Cardiac Arrest victims in the UK.

We aim to publicise the need for increased AEDs into communities and raising lay-person proficiencies with Basic Life Support and CPR (cardiopulmonary resuscitation) training, supported with raising SCA awareness.

What are we up against?

Sudden Cardiac Arrest kills over 100,000 people each year in the UK.

SCA strikes without warning; killing 250 people a day in the UK.

SCA can and does strike anyone, anywhere, anytime. In the UK, 30,000 people fall victim to SCA outside of a hospital, where support is limited and our chance of survival is dramatically reduced, because we are isolated from immediate care.

Out of Hospital SCA claims:

The current UK survival rate of OHSCA victims is as little as 7%, while other EU countries have a survival rate of up to 50%. So, when SCA can strike anyone, anywhere, anytime – what can we do to combat SCA and save more lives across the UK?

Our members believe it is vital to:

We are dedicated to raising both awareness of SCA and raising the amount of AEDs are available, so when SCA strikes, we are best placed to fight back and increase the UK Survival Rate. Our members are from all sorts of backgrounds and they almost certainly include people much like you. Please support us.

Thank you for your interest in ‘Beat SCA’

Survival rates after cardiac arrest strikes decrease by 10% every minute that defibrillation is delayed. 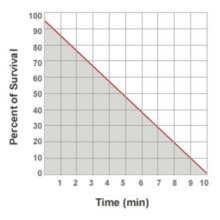 So painting the picture, if an airbus were to crash everyday, without any survivors, it would claim the same amount of lives as SCA, everyday. Yet the publicity would be, and is, handled very differently.

Those planes are operated by 268 companies (including Undisclosed and Government use) totalling 6531 airbuses.